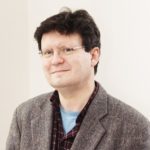 Mark had a career as local government accountant starting at the Audit Commission. Mark was the Finance Director at Oxford City Council for seven years and before joining the Local Government Association where he developed the business case for the UK’s first Local Government Bond Agency.

More recently Mark has focussed on creating more community-owned renewable energy projects. Mark helped found and subsequently chaired the Oxfordshire Credit Union, he chairs Westmill Wind Coop and was a founding director of Westmill Solar Coop which is one of the most successful projects of its type in the UK.

As a non-executive director at Energy4All, Mark focusses on relationships with member cooperatives and international relations. In 2021 Mark was re-elected to the eight-person board of “REScoop” – which represents renewable energy cooperatives across Europe. He was also elected to the board of Community Energy England in 2019. 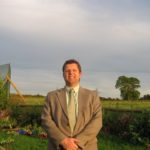 Mike is a Chartered Mechanical Engineer with 17 years experience in renewable energy. From 1991 to 2004 he worked in wind energy related research firstly for 2 years at Cranfield University and then at the Energy Research Unit at CCLRC Rutherford Appleton Laboratory. Mike has since worked for AEA Future Energy Solutions where he provided consultancy services to both private and public sector organisations primarily in wind energy technologies. Mike is currently the Wind Energy Manager at Atkins which includes providing consultancy services and the management of the development of two wind farms.  Mike also chairs the WeSET charity. 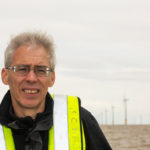 Dr Douglas Parr is Chief Scientist and Policy Director at Greenpeace UK. He has worked as an environmental activist for over a quarter of a century, first working on climate policy and the role of local authorities in emissions cuts in early 1990s. That was after obtaining a doctorate in atmospheric chemistry, in particular the ozone layer, from Oxford University in 1991. Since that time he has worked on a number of green issues including agriculture, chemicals policy, green refrigeration, marine conservation and bioenergy. However the last few years have been mostly focused on the technologies and policies of clean energy. Engaged in such detail as helping and supporting the first Feed-in-Tariff regime and getting full Renewable Obligation support for offshore wind’s first farms in the noughties. And going right up to now, as the dawn of low cost renewables is turning upside down the mantras of conventional thinking on energy.  He has been a shareholder in WWF since the outset.

Josh has worked in renewable energy for nine years, starting as a Project Manager at renewable energy consultancy Natural Power where he carried out feasibility assessments for over 60 onshore wind and solar farm sites, and developed a number of large-scale wind farms and solar farms through to construction in the UK and Ireland. For the last three years Josh has worked for Co-op Energy as the Renewables Manager.

This involved managing their PPA portfolio, which almost exclusively consisted of community energy sites. From this he established a good working knowledge of the community energy sector and the PPA market. Josh recently joined SSE Renewables as an Agreements Manager, where he is responsible for the commercial aspects of the 4 GW of onshore wind, hydro and offshore wind assets that SSE Renewables own in the UK and Ireland.

Aude Duquesne has a background in biochemistry with a keen interest in climate change and education. After obtaining her PhD from the Mathematics and Natural Science Faculty at Leiden University (The Netherlands), she specialised in operations management. In the last 12 years, she has managed the portfolio of one of the largest project aggregators in greenhouse gas emissions reduction, been the secretariat of a trade association in the climate change space, as well as managed the operations of the UK’s largest community-owned energy generating co-operative (Westmill Solar Co-operative). Two years ago, she went back to her academic roots as the programme manager of a large multi-donor research programme aiming at improving educations systems in developing countries.

For the last eight years I have worked for The Midcounties Co-operative, six years in Co-op Energy working in commercial marketing, specialising is Event, Channel and Project Management. One year spent creating and launching The Midcounties Co-operative’s ‘Sustainable Communities’ initiative helping alleviate fuel poverty across their trading area. And to date working for Co-op Community Energy, a joint venture formed as part of a strategic partnership between The Midcounties Co-operative and Octopus Energy. Co-op Community Energy aims to provide vital support for community generation across Great Britain, drive investments in local communities and pay generators a fair price for the power they produce.

Annette is the Company Secretary of Westmill Co-op (and Energy4All and Baywind). She has worked locally in Cumbria as a Management Accountant in the private sector of small sized businesses for over 15 years, qualifying as an AAT Technician in 1999 and extending her skills in Information Technology and website design. She joined The Wind Co. UK Ltd in 1998 and was elected to the board of Baywind in 1999 dealing with the day-to-day accounting procedures, maintaining the members share register and organising educational site visits to the Harlock Hill and Haverigg II wind farms. Annette is responsible for the company secretarial function for all co-operatives in the Energy4All family and serves as a trustee of the Baywind Energy Conservation Fund, actively supporting energy conservation through the Trust.

Westmill Sustainable Energy Trust (WeSET) is the charity set up by members of both Westmill Wind and Solar Cooperatives to spread the benefits of Westmill to the wider community. We carry out a wide range of activities, the core being educational work, local energy conservation and renewable energy initiatives and arts projects. As well as arranging guided tours of the site, once every two years WeSET organise a large event to promote community energy to the general public. Our hope is to encourage others to set up similar community owned renewable schemes.

ENERGY4ALL
CO-OPS
Westmill Wind-farm Co-op is a member of the Energy4All family of co-operatives.
Below are links to some of the other Co-ops in the Energy4all family:

Westmill Sustainable Energy Trust (WeSET) is the charity set up by members of both Westmill Wind and Solar Cooperatives to spread the benefits of Westmill to the wider community. We carry out a wide range of activities, the core being educational work, local energy conservation and renewable energy initiatives and arts projects.

As well as arranging guided tours of the site, once every two years WeSET organise a large event to promote community energy to the general public. Our hope is to encourage others to set up similar community owned renewable schemes.

Manage Cookie Consent
To provide the best experiences, we use technologies like cookies to store and/or access device information. Consenting to these technologies will allow us to process data such as browsing behavior or unique IDs on this site. Not consenting or withdrawing consent, may adversely affect certain features and functions.
Manage options Manage services Manage vendors Read more about these purposes
View preferences
{title} {title} {title}